After a hectic career in financial services, Nick and his long-suffering wife, Lesley, left the stress of British city life and relocated to beautiful rural County Clare in the west of Ireland. There they bought a dilapidated farmhouse on a few acres of scrubby land. Hindered only by a lack of money and DIY skills, they began the long process of turning their house into a delightful but quirky family home. They live there now along with an indeterminate number of chickens, ducks and cats, as well as several unruly but loveable dogs. 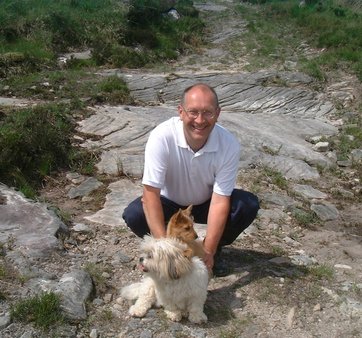 With the renovations complete, Nick finally had the time to write full time. His first book was the twisty thriller Hunting the Wrecking Crew, the first in a series featuring the reluctant hero Eric Stone.

In 2017 Nick was signed to Ant Press to write a series of comical memoirs about life in rural Ireland. 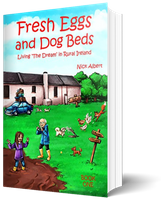 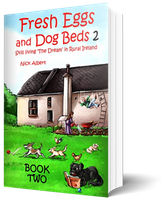 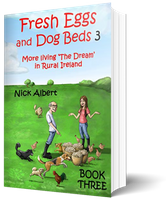 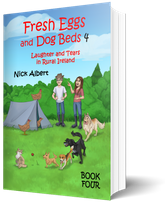 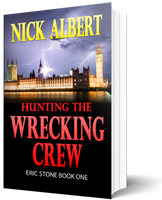 Signup for news and special offers!

Some of our furry and feathered friends.