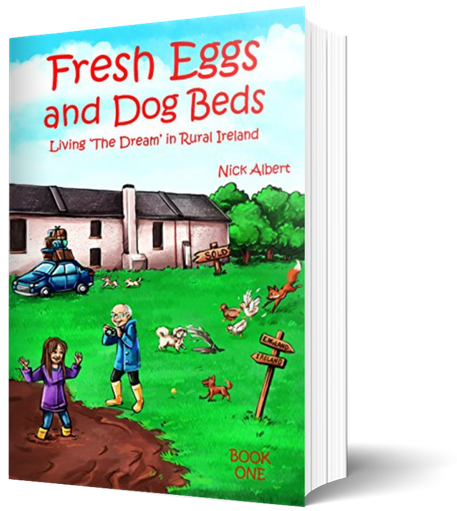 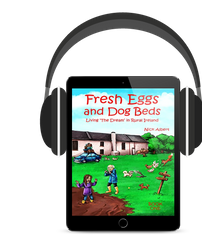 Nick and Lesley Albert always had a yearning to leave the noise, stress and pollution of modern Britain behind and move to the countryside, where the living is good, the air sweet, and there is space for their dogs to run free. But their idea would have remained just a dream, had circumstances not forced their hands.

Suddenly out of work and soon to be homeless, they set off in search of a new life in Ireland, a country they had never before visited.

Rural County Clare proved to be endlessly quirky but delightfully appealing. Although the driving was dicey and navigation difficult, they soon fell in love with the countryside, the culture and the people.

But as their adventure in Ireland began to unfold, not everything went according to plan. If finding their dream house was difficult, buying it seemed almost impossible, and that wasn’t all. How would they cope with banks that didn’t want customers, builders who didn’t need work, or the complexed issue of where to buy some chickens?

Was ‘Living the Dream’ a possibility, or would it become a nightmare?

Available in print, on Kindle, and audiobook.